You are here:OHOL » Disease » Living with heart attack 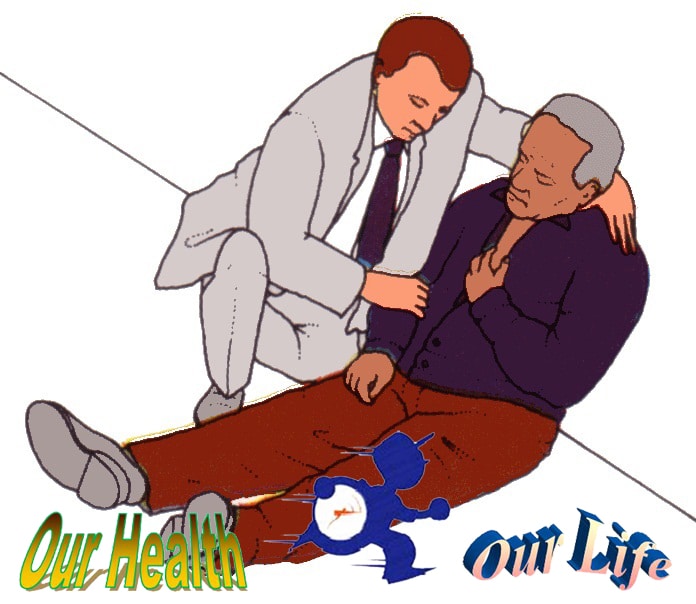 You need to use a few lines to describe this vital organ is the heart.

The heart is a pump that pushes blood through tubes called arteries (pulmonary artery and the aorta), as everyone knows, is located in the center of the chest, between the lungs and the tip of heart conditions normal is offset to the left and that is basically the heart resting on the left diaphragm. The arteries leaving the heart to serve the blood to other organs of our body. The pulmonary artery carries blood to the lungs for oxygen and then goes to the left ventricle, which leaves the aorta and this is coming out of all branches that target the entire body with oxygenated blood and clean so that all organs can function (brain, digestive system, muscles, liver, bones etc.)

But the first arteries arising from the aorta to nourish a body are the coronary arteries are those that provide oxygenated blood to the heart. Thanks to this contribution of blood through the coronary arteries, the heart can pump exercise their function and thus contract and pump blood throughout the body. Thus we can accept that the heart is a powerful muscle that constantly contracts, faster, for example when we exercise, and slower, for example when we are sleeping.

What if the heart stops?

The cells of our body are left without oxygen because blood does not circulate and the result is the death of the individual. 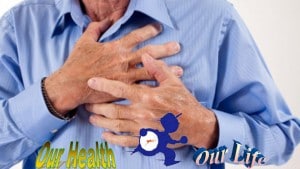 What if a heart artery is blocked?

Anatomical classic studied the heart and to support the anatomy table did on the base, which is logically wider, leaving the top up, thus the arteries that nourish the heart resembled a ring surrounding the heart and it branches out heading towards the tip and this looked like that of a king’s crown and therefore were called coronary arteries and locations are entered myocardial infarction “Coronary Units”

When a coronary artery is normal, the flow is normal too. When an artery has a narrow or reduced size (stenosis), to make some effort well, no blood flows to the heart muscle and this is complaint with chest pain usually, this is called “angina” and if the effort ceases, the angina may disappear. Sometimes these reductions caliber of the coronary artery are compounded because a thrombus thereon is formed and the artery is completely closed so that the pain appears not give or in several minutes even hours and that is typical of the “infarct Infarction ”

First we must affirm that all strokes are not the same, although there are some similarities. Strokes are different according to their location (anterior, lateral, inferior, posterior, and combinations thereof) as well as their evolution, ie complicated or uncomplicated. That is called myocardial presenting complicated from the start or during its development in the early hours, etc., complications can range from trivial to severe.

Once the patient has overcome the acute phase and can leave the Coronary Care Unit, will go a subacute stage of hospitalization in which a group of tests will be performed to study the state that has been the heart (risk stratification). Once you know the state in which the heart should realizársele it is all correct cardiac rehabilitation patients. This should be done in hospitals on an outpatient basis or in qualified facilities for this purpose such as coronary or cardiac rehabilitation centers clubs centers etc.

For unknown reasons, not all patients who have suffered a heart flock to this rehabilitation and Spain have the lowest participation rates in these programs in relation to Europe.

Depending on the personality of each patient, psychological support, ie psychotherapy may be necessary, since many of these patients (mostly male) are doing a job, both physical and intellectual, and has the feeling of having been “as invalid”, “touched” with even feeling guilty and feeling of disability, disability etc. And this is not always the case. Nor should we forget the psychosocial stress that can be generated to be seen by others as someone “diminished”, also the economic factors and family needs may be jeopardized if the workforce is not a proper approach these problems. We must address the possible fear of disease and future situations etc., and if necessary to avoid situations of occupational hazard.

A new situation that is generated is called secondary prevention, ie the treatment and control of those risk factors that might trigger or precipitate heart attack. Thus from the time patients whether they smoked must stop, and will control better, if it existed, high blood pressure, diabetes, cholesterol, etc.

It must also incorporate certain habits that may not previously lived, such as losing weight if you were obese, striving for the ideal weight, physical exercise if a large sedentary it was before.

Another important situation is the change in eating habits, in short is to start eating healthy, clean and well without being bored at home, putting imagination.

Ultimately it comes to improving health, restore confidence after infarction and live an orderly life to join the society, some may not do in the workplace, but it is very important to recover the rest of situations.

Cholesterol control should be done with medical treatment if necessary and with diet and for that we should avoid eating animal fats and cholesterol rich foods and increase fiber intake.

With regard to exercise the logical thing is to make a customized program for each individual and thus have demonstrated the survival of these patients is greatly improved while improving the overall condition, physical fitness, psychological state and self-confidence. Exercise acts on the risk factors as it is ideal for losing weight, controlling blood pressure, lower cholesterol, raise good cholesterol (HDL) These programs can last between 4 and 12 months depending on what patients and in they get, among other things, is to define a top level exercise, which should not be exceeded.

In short really start living a healthy lifestyle, invest in more and better quality of life for years to come, it is sometimes difficult to understand, but it is.

Subscribe to our newsletter.We help you to live a healthy life.