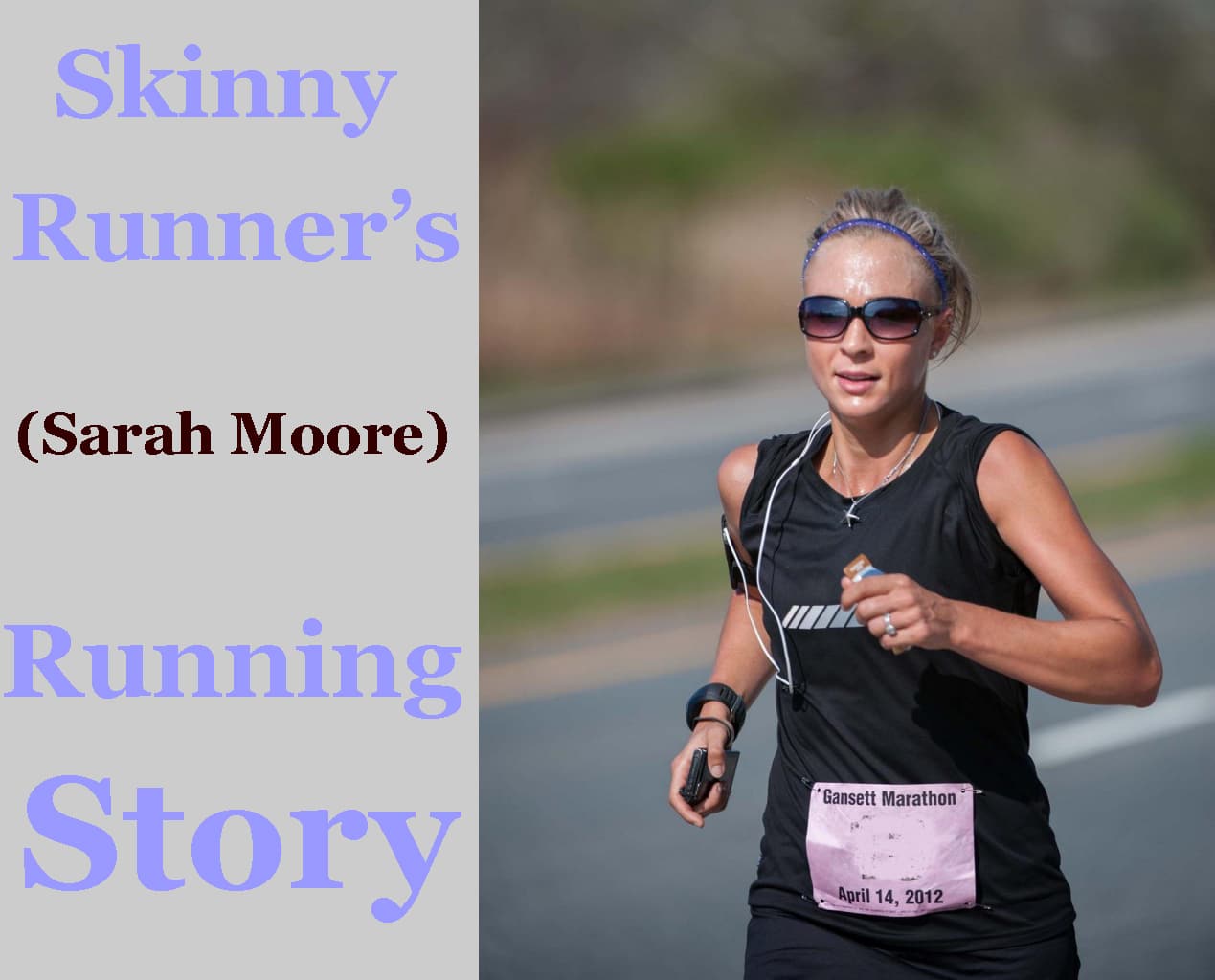 I grew up being active, playing sports, and chasing wild animals in Alaska but never really running much.  I ran a year of cross country in high school and occasional 3-4 milers in college when my pants got tight.  Funny how it’s your pants that get tight and not you that gets fat, right?

After getting engaged I started running more often, but after the wedding I didn’t run consistently, taking months off at a time.  Side note: the “Why run, I got the boy on lock” is generally not a waist-friendly attitude. 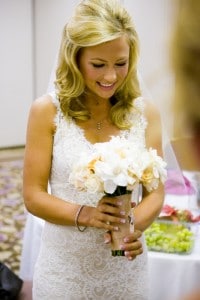 Once you don’t run for awhile, it gets harder and harder to start again, and then when you do, you run so slow and breath so hard that you wonder if you might have developed asthma in the last week or if you were born with a black lung and never knew it.  Hey, it could be possible, right?

Fastforward to spring of 2008.  My girlfriend asked if I wanted to run the Nike Womens’ Marathon and Half in San Francisco in October.  Being dumb, naive and not thinking we would actually get in, I said yes.

We got in, signed up for the half, and all was gravy (obviously in denial at that point).  I headed up to Alaska to go fishing, expecting to get back in August and start training. 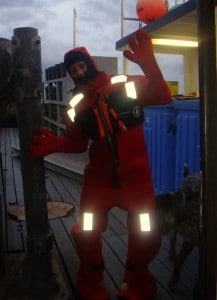 The summer went longer than expected, and I didn’t get back until October 1!  The race was the 18th, and I hadn’t done any cardio in 4 months.  Slightly nervous at this point and thinking of ways to back out by faking injuries, having an unneeded surgery, anything…

Not only was the race two weeks away but I went on a weeklong cruise to the Carribbean in that time span too.  Wahhhh, life is tough; feel bad for me.  I did run once for 30 mins on the ship, but that was the extent of my half marathon training.   Official, right?

So the race comes and I’m bound and determined to finish whether I have to knock someone out of a wheelchair or borrow some kid’s wheelie shoes, I am gonna get my Tiffany necklace from the tuxedo’ed firemen.  God listened to my nervous cries because I had a great time and ran the entire thing.

I actually, dare I say, liked it?!  It probably didn’t hurt that they were handing out Ghiradelli chocolates on the course.

I ran with my friend, finished in 2:15, and the fun run passion was ignited.  That race was one of my prouder moments of my short running career because I had literally ran two 30 and 40 mins training runs before running my first half. 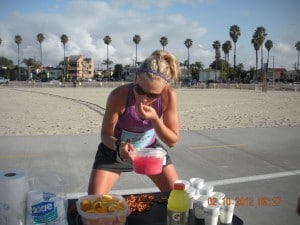 {Refueling with my love, candy during my first 50k}

Since then I’ve started running more races because it gives me motivation to keep running.  I don’t really consider myself a runner because I don’t follow a training program; I don’t do tempo runs, sprints, track workouts, etc.  I just try to run as much as possible to stay in shape.  And to not have to buy bigger pants.

Some weeks that’s a lot and other weeks the couch whispers sweet nothings in my ear.  I always try to beat my personal time in a race, but it’s not a big deal to me if I don’t since I’m really just running to burn off the cupcake the size of my head that I ate last night and not trying to beat Pre’s records. 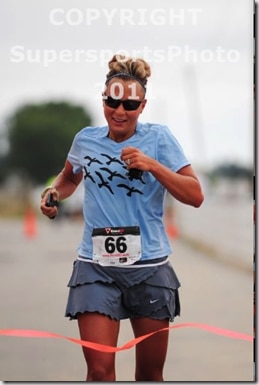 {Actually winning a race. I know, I negated everything I just said; I’m complex like that.}

I ran my first marathon in December 2009, qualified for Boston and kept on running more marathons.  I’ve run 41 marathons in as many months (while taking months off in the summer to commercial fish in Alaska).

I run because it keeps me sane… and that whole buying bigger pants thing.

Please consider supporting us by disabling your ad blocker